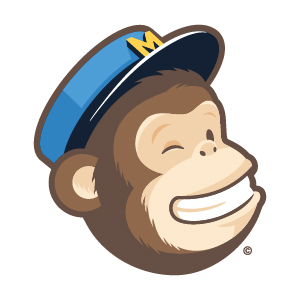 It’s a cliché now to say you want to build community, and you don’t have to be a non-profit to do it. Heck, apparently now you have to create a movement just to start a company.

While this is mostly a platitude, some organizations do a surprisingly good job at making users or buyers or members feel like they belong to something that goes far beyond the merely transactional. If that’s what you aspire to, there’s a lot to learn there.

Let’s start with shoes. Believe it or not. Shoes of Prey is an online custom shoe design company, based out of Australia. You go online, design your own shoes based on a few basic models, and shipping and customs are included for one price, globally. I haven’t become a customer yet, but yet is clearly the operative word here. (And I’m not even really all that into shoes.)

And part of the reason is their communications. There’s a real sense of them inviting me to be part of something. 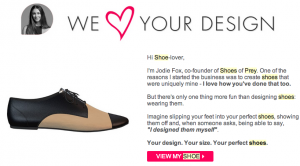 For instance, I abandoned a purchase quite late in the ordering process, and I immediately got an email that began “We love your design! Hi Shoe-lover…” The email showed me a picture of the shoe I’d designed (pretty nifty, don’t you think?), as well as other shoes in similar styles, for ideas.

They’ve been sending me similar emails for weeks now, with a variety of messages but no sign of impatience, and always with the same tone that they are dying to see what my shoes will look like, and won’t it be great when I can say to people – who exclaim over my fantastic shoes – that I designed them myself? Of course it will! The consistent outreach tells me they value my business, and the tone makes it feel much more supportive than just a shoe-purchase transaction.

Compare that to what happened the last time you discontinued an actual membership – to a yoga studio, to a professional organization, to a museum. Some of them barely notice, if at all. Maybe one or two “you’ll have to pay again or you’ll lose access by X date email.” Maybe one hard-sell phone call. And then silence.

An online shoe company that has never seen a dime of my money is out-community-ing places where I’d been led to believe I’d get an actual community.

But around the question of conflict where I think the nature of the community really emerges.

One for-profit company that does a great job of that is MailChimp, a technology platform for email marketing. Their branding is likewise very consistent, with tons of great supporting information and casually witty messaging. (When you’re about to send out your message to your whole list – a moment which, if it’s not at least a bit nerve-wracking, you’re doing it wrong – they include a small message on the screen which says “This is your moment of greatness.” Lovely touch.)

But MailChimp, for all its friendly monkey image, is also an enforcer. They are very clear that they are not there to enable spam. As their data scientist John Foreman was quoted in a Mashable article, “We can’t let a user send spam from one of our IP addresses, because that’s going to negatively affect the entire ecosystem.”

So if you use Mailchimp, they – in a very friendly, but unmistakably firm,  way – tell you at various steps what spamming looks like, and that they won’t tolerate it. Offenders will be denied access to the service – not everyone gets to stay in the community. They don’t want me to be a spammer because it’s not good for me and my business, nor for them and their business. Everybody wins if this standard is enforced, and creating a sense of “everybody” is critical to a sense of community, even if it means some are denied access.

Active conflict is hard on a community, to be sure. Online life makes these conflicts easier to observe – and harder to run away from. The scientific blogosphere – which brings together academia, publishing, associations, and industry, recently has had some great challenges to its community due to charges of sexual harassment against a man with significant influence and power – charges he appears to have accepted.

This is an evolving situation, but hopefully the community will ultimately be stronger for these issues having surfaced rather than festering. Issues like this are pernicious, excluding some from the community for reasons that don’t benefit the community. It looks like their association is creating a space to discuss that question now – although I don’t know this community personally and can’t comment on how effectively this gets at the core issues.

To paraphrase Groucho Marx wildly, I wouldn’t want to belong to any club that didn’t have at least some things it won’t accept.

How do you create and nurture a sense of community among the people who matter to you (clients, buyers, influencers, contributors…)? How do you invite people to join, and re-join your community? What are the de facto norms in your community, and what do you do about defining and enforcing them? When’s the last time you had a systematic discussion about it? How do you respond to conflict – or quiet hints of conflict that isn’t being openly discussed?

If you’d like to talk about how we can help you strategically create and build community, let’s get in touch.

(Note that use of images does not imply any kind of relationship, endorsement, or affiliation.)