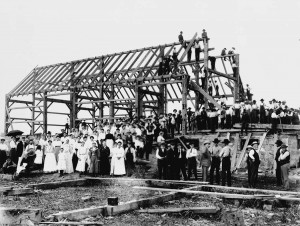 Where did all the “change agents” go?

Did they all get fired? Burn out? Become assimilated? Give up?

I don’t hear much about change agents any more, and I think that’s because we talk about design instead. Which makes sense. The notion of a change agent was about how a single person – or small group – could be effective against the entirety of the rest of the organizational culture.

Well, until they couldn’t. It got to the point where, any time I heard someone described as a change agent, I would keep an eye out for their departure from the organization, whether by their own choice or not.

I’ve worked in both large and small organizations in a number of sectors, and, while sometimes you do need someone to tackle a large turnaround project with a certain SWAT team approach, and careful change management remains an important discipline, I’m glad to see the notion of the change agent being de-emphasized. It’s not a sustainable model for the notion of how organizations need to be more effective at a fundamental level.

The founder of 37signals has written, “You don’t create a culture. Culture happens. It’s the by-product of consistent behavior.”

For real change, and for a healthy organization – both for the people who work there and the people you serve – a commitment is required that goes much broader and deeper than what one person or a small group can achieve on their own.

A presentation by Hubspot about their culture has been making the rounds lately, and it illustrates this kind of commitment to consistent behavior – consistent over time, and consistent from one part of the organization to another.  As Dharmesh Shah, Hubspot’s CTO, says, “Culture is not about perks and parties. It’s about what you believe and how you behave.”

It’s not inconsistent with a great business model, as Hubspot says: “Bankrupt companies don’t delight customers.” Part of that is picking customers: “We shouldn’t sell to customers we’re not justifiably confident we can delight.”

It’s worth noting, too, that part of being able to take this kind of approach is going to be financing and sustainability. It can be difficult to have the plan – and the patience – to pick customers you can delight, which means passing on others (and their revenue) where you can’t. That’s often where startups and growing organizations stray.

It’s all very simple to say. And not so simple to do. You can’t force it, and you can’t buy it. You have to build it, and stick with it. But if you invest in it, and commit to it, it can be a strategic advantage, because it can’t be replicated easily.

So we have to:

There’s still a huge role for persuasion, for convincing people and demonstrating the value. People can absolutely grow and learn and change, and, with them, their organizations. But it’s great to see more emphasis on the structural supports that will help the fantastic people within organizations get on with things.

If you’d like to discuss how we can help with the changes you want to make in your organization, please get in touch.

Photo, Barn Raising in Lansing, from Wikipedia via Creative Commons.