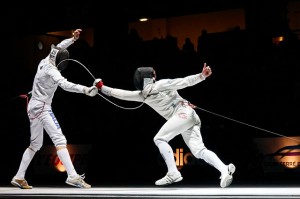 If nobody ever disagrees with us, we get too complacent, and make worse decisions. So when’s the last time we thought about how we find people who will tell us we’re flat-out, no-question, head-in-the-sand wrong?

Some things to think about:

When do we invite disagreement? Is it at the right time?

We’ve all been asked for “input” when something is already pretty much decided. If we make suggestions any deeper than font choices, we’re dismissed. Not the most empowering or welcoming experience, is it?

Many businesses and organizations have fairly rigid opportunities for getting input at set times, via set processes – employee surveys, customer complaints, strategic planning. But now there are unprecedented ways to gather information on an ongoing basis. Usage data, abandon rates, social media, Google analytics… they are all ways to invite disagreement, even if indirectly. And innovative companies are inviting customers to help them design products. Part of the trick is to use that data intelligently, looking both for criticism or weaknesses as well as satisfaction, whether it’s expressed directly as a complaint or not.

As we all get more demanding about customer service, we are not going to accept being told to go through the proper channels when something’s wrong, whatever our stake in a decision that someone else is making.

It’s time for all of us to rethink our disagreement solicitation systems.

What do we expect of the people who disagree with us? Is it reasonable?

If a topic is sensitive or controversial, can we really ask people to write an email – which might get forwarded on to who knows how many people – about it? If we’re in a large room, and we ask people to come to a microphone, we need to recognize that we’re  guaranteeing a substantial subset of people are going to be silenced by the medium – not everyone is willing to start a debate from the glare of the spotlight. If it’s the first time people have heard of a complex or technical question, we aren’t going to get the full range of reactions on the first day.  If the only people asking for a critique are people who are clearly invested in the idea, will we really get the truth?

Not receiving negative feedback doesn’t necessarily mean it’s not out there. If the official channels don’t match the rumour mill (or the Yelp reviews), look at how you solicit feedback.

How do we react when someone disagrees?

I recently took issue with something in a group I’m involved with. I raised my concerns, and wasn’t sure what the response would be – but it turned out to be pretty friendly. I felt like my concerns were heard and taken seriously. The proof will be in the actions that come later on, but so far, so good.

It’s very common to react with defensiveness when we get a critique, whether we’re dealing with a parenting issue, or a business question. But defensiveness tends to squelch not just this current disagreement, but future ones. Had this group dismissed my concerns outright, or tried to argue with me, yes, that might have been the last time I disagreed with the leadership. But it also might have been the moment when I gave up on the group entirely, too. This is how subscriptions or memberships don’t get renewed, customers don’t buy again, consultants don’t get RFPs sent to them, readers don’t come back to your website.

The enormous loss to the business or organization that has this silent attrition is of course the revenue and the relationship, but it’s also the lack of information. Our numbers start to erode, but we won’t know why.  And we won’t have the habits to find out, either.

When do we get to stop listening to people who think we’re wrong?

There are absolutely times when we get to stop listening to people who disagree with us, at least for a while. If a big, irrevocable decision is in front of us, at a certain point it’s more important to focus on what we are have chosen to do and why, rather than why not. We can’t get into analysis paralysis, and  we certainly don’t want to make decisions based primarily on their general popularity. Not everyone is going to be OK with every change, and that’s just fine.

The confidence to make tough decisions shouldn’t be delusional – we absolutely need to understand the environment in which our decisions will resonate. But we can’t wait for absolutely everyone to be on board, either, and we can’t let the negativity make us afraid to act.

The drive for consensus and bringing people together sometimes leads to an unwillingness to discuss, debate, and disagree. Criticism can make things uncomfortable, sure. But it’s very risky not to hear it. As I recently heard someone say, if everyone around the table agrees, we need different people around the table.

Wanna disagree with me on any of this? Let’s talk about it! Please comment below.

Want me to bring my professional devil’s advocacy skills to your organization? Please get in touch!