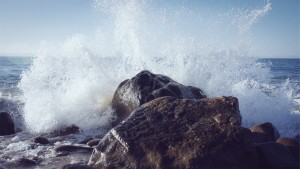 Not to be a total bummer, but there are, really, so many ways to fail.

In really complex operations, managers may use a Failure Mode Effects Analysis (FMEA) – this is a tool that can be quite complex, analyzing every possible way that a given operation might fail. It can go on for pages and pages and pages, reflecting the underlying complexity of the operations it’s analyzing.

Most of us don’t need to go to this level of detail on most of our decisions. But most organizations don’t do much analysis at all of whether they might fail at a strategic level. (They might do risk management, but in my experience that tends to be a fairly operational discussion.)

We often hear imperatives: that “failure is not an option.” This idea might work as a motivational strategy under terrific pressures (link goes to a video) but hope is not a strategy, either. Artificially raising the stakes (removing any discussability of the possibility of failure) doesn’t remove the actual risk. It just means that we won’t talk about how to prevent failure.

We’ll never get rid of serious risk entirely, nor would we want to. It’s more important to take on the risk we think is worthwhile, and get good at managing it. You could argue that’s the main thing we all do to add value.

What are some good practices in terms of thinking about failure, or the potential for failure?

Take a look at your strategy – go through each element of your strategy and, for each one, ask: what if we’re wrong? What if we can’t get this done? What if we DO get it done and it doesn’t do anything to help us? (If you don’t know how you’ll know that, you need to look at metrics.)

A couple of things might happen as a result of doing this analysis.

First, you might uncover strategies that actually aren’t strategies at all – but are just words that sound nice. If reversing them isn’t imaginable or creates a truly nonsensical sentence, then they aren’t anything real. Strategies should represent clear choices among alternatives. So we should be able to imagine, OK, what if we had made a different choice?

So let’s say your strategies turn out to represent real choices. If you imagine reversing them, then you can manage the risks. Imagine failure. Imagine the wrong bet.

What does that look like? What do you do about what you see?

Now, do you use the discussion of failure to rally the troops and galvanize action and inspire people? Probably not. But it’s an important – and often overlooked – part of strategic leadership nonetheless. Let’s think about failure less often at 2 AM and more often at 2 PM.

If you’d like to talk about either success or failure, or something in between, please get in touch.