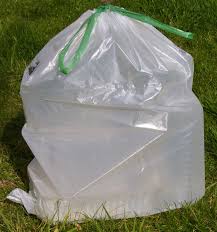 Last week I reviewed Playing to Win (Martin & Lafley), in which they told the story what happened when Proctor & Gamble developed some really interesting technology (a genuinely stronger plastic for trash bags).  They knew what they had would be valued by consumers.

The question was, what could they do with it? It wasn’t a market segment they were in currently, and the existing players could be expected to respond aggressively to their entrance.

There were probably people within P&G who would have relished taking on that challenge, but in the end they partnered with Clorox (makers of Glad bags) to get the product onto the market, in a joint venture that’s been highly profitable, and heralded as an example of co-innovation.

(It would be interesting to read some case studies of similar ideas of joint ventures that foundered on poor communication, ego, or other human factors… the account in Playing to Win suggests some of those perils were present in this situation as well…)

As I’ve noted before, part of strategic decision-making is saying no to things. Focus is absolutely key.

When evaluating new opportunities, or even evolving environments for existing lines of business, though, it can be particularly difficult to hold onto this idea.

What if someone else does it instead of us?

Well, what if? If it doesn’t have strategic fit with you, why would it matter if someone else does it?

If the answer is “It would be devastating” then you should take another look at whether you can do it yourself. Or could you partner with them? Co-market? Use as a benefit to your clients or members?

If there’s  a not-soon-changeable reason (such as requiring economies of scale or larger reach than you have/can acquire) to make it work, then it’s time to take a good look at your strategic sustainability.

But if your strategic problems are so fundamental, they will most definitely not be solved by launching or propping an unprofitable or unsuccessful venture, in an arena where you can not win.

Uh-oh, someone fell in love with the idea

Sometimes a great deal of creativity and effort has gone into developing ideas. Sometimes everyone in the room wants to live in the world where this idea has worked.

It can be hard to acknowledge when it’s time to let it go.

One of the suggestions in Playing to Win is identify what you would have to believe to think this was a good idea – what proof points would you need? And then go test these points, starting with the one you have the least confidence in. That way, you may eliminate ideas more quickly, but also more objectively, helping to build commitment to the decisions being made.

Someone else should go for it

At one point I was exploring a business idea with some partners. We liked and trusted each other, we could see the potential in the business idea, we had some track record in this kind of thing, and we thought there was a real opportunity.

But when it came time to start testing the concept, we were hesitant to actually get in there, enlisting others to help us prove the model. We backed away, conferred, and realized that, while we still felt it was an interesting business opportunity for someone, it wasn’t our little group that had the capabilities or motivation to bring it to fruition. A (potentially) great idea, but not for us.

We decided to put it on the back burner and pursued the other opportunities in front of us, separately. Through that whole process, though, we gained a sense of each other as trustworthy, which may yield fruit at some point in the future.

The process of exploration can take us in all sorts of directions, and it’s important not to lose sight of that in the immediate aftermath of what might have been a difficult decision not to pursue an idea.

If you’d like to discuss the evaluation of new or existing strategic opportunities (or threats), please get in touch.