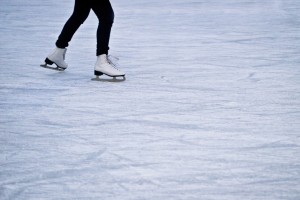 My dad learned to skate as an adult, just so he could referee hockey. He spent his youth skiing down mountains that he’d climbed up without benefit of a lift, but somehow hadn’t gotten around to picking up that basic Canadian winter pastime.

And then as an adult, he moved to a town where lots of people wanted to play hockey, and they needed refs, so he just kind of figured it out.

(If he fell a lot in in the process, that wasn’t the way he told the story…)

Sometimes your association may need to develop new capabilities – sometimes ones that may seem pretty daunting. There may be new demands or expectations placed upon you, or perhaps new aspirations have been set or new strategies adopted.

It’s the new normal, it’s time to get into the 21st century, it’s a paradigm shift. However you talk about it, the time has come to learn how to skate.

If you’re going to take on a brand-new capability, how can you do it without falling on your face?

Use what you’ve got.

What you are already doing that’s similar? Look around the organization and make sure you’re using all your existing capabilities to bridge you to the new ones.

Watch out for: False equivalents – things that seem similar but are actually materially different, especially in execution. Start by asking about the details of the thing you’re already doing. You may uncover the differences that way – or the similarities.

Learning takes time – and how much time is often unpredictable. Whatever time you’re allocating? It’s very likely not enough.

Watch out for: Hubris – learning just some of it, and thinking you’ve learned enough.

Do you know anyone who’s done this before? For strictly technical tasks, even Google can be helpful. But the more sophisticated or complex the work ahead of you, the more you need to talk to real-live people who’ve been there.

Watch out for: People who mistake giving advice with giving instructions.

Get smart about evaluation.

Start early figuring out whether you’re getting any traction. Distinguish between output (are you doing the thing?) and outcome (is the thing making an actual difference?) measures.

Watch out for: overly complex systems of measurement that take up too much time.

Get someone else to do it.

Is there a service provider that you can outsource some or all of the work to? Some learning curves aren’t worth climbing yourself. If this is a new capability, and the ability to do it won’t spill into – and benefit – other parts of the organization, then let an expert do it for you.

If you’d like to talk about which new capabilities you should be taking on, and how, please get in touch.