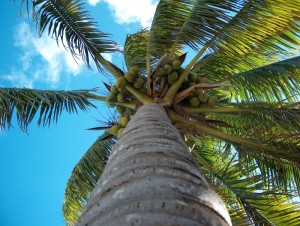 By the time you read this, it’s probably already too late. The sparkling lights of the holidays have given way to the glow of the computer screen. Because you’re already reading this. (And I’m publishing it.)

Everyone from business journalists to the CEO of LinkedIn talk about taking a step back, finding time to think or just rest your mind, as a way to improve your management technique. In midwinter that doesn’t necessarily feel like such a remote possibility, given holiday schedules that slow the pace of business for many of us.

But, as we can feel the pace picking up all around us despite the snow covering most of the continent, what can we do to hold on to the benefits of this more relaxed, contemplative approach, this looseness we feel in our thinking?

Well, here’s my story. I once went for ten days straight without speaking. On purpose. (If we’ve met in person, you’ll probably find this pretty funny.)

It was a long time ago, at a Buddhist meditation retreat designed for foreigners, in southern Thailand. (Hey, they have a website now!) And a bunch of people from all over the world stay there and live in complete silence for 10 days, doing meditation and yoga, sleeping on concrete slabs and being woken up by a huge gong in the middle of the compound. (I know, I can’t quite believe I did that either.)

Let’s first note that meditation is hard. I sat cross-legged, or stood stock-still, and felt like I spent most of my time doing anything but meditate – trying to subtly shoo a fly off my ankle, or stay awake in the warm, drowsy afternoon, or not think about all the things I’d ever done wrong in my entire life. (You can remember a lot of unkind words and unanswered phone calls in ten days of silence.)

And I thought everyone else was actually doing it. I was surrounded by them, all infuriatingly quiet and serene. (Finding other people’s meditation infuriating isn’t particularly Buddhist as sentiments go, of course.)

But how wrong I was. On the final night, we were allowed to talk at last, and it turned out that everyone was sitting there thinking that everyone else was meditating just fine, and that they themselves were the only one who couldn’t do it. Or couldn’t do it for more than a few moments.

But, after so much time spent not meditating, most of us felt like we got at least a few patches of real quiet mind, focusing just on breathing, and ultimately not even on that.

So, it’s a learnable, teachable, practice-able skill, after all.

It’s also very useful. Apparently it can lead to less anxiety, more creativity, and a better memory. While I haven’t kept up with the regular practice of meditation (2014 resolution maybe?), there are still moments in my work, whether it’s facilitating in front of a group, or running a meeting with a client, or wading through some particularly murky data, that I realize I’m drawing on it reflexively. It’s that deep breath I’m able to take in the middle of conflict or confusion. It’s made me better at unclenching my thoughts, at relaxing, at letting the moment be what it is without feeling like I have to jump on it immediately.

This idea seems to be a popular notion at the moment. One CEO suggests we take 10 minutes a day to empty your mind and think about nothing. Another suggests 8 minutes just to put your head down (am I the only one who remembers certain games that clever teachers asked us to play in elementary school?). It’s worth considering. A gorgeous vista as your screensaver isn’t a real substitute.

And remember, it takes practice. Most of the time you will probably spend frantically trying to stop thinking. That’s normal. Everyone else who’s doing it is having the same  difficulty. The trick is not to do anything about those thoughts. If they’re important, they’ll come back.

And if you keep at it, who knows what benefits might come to you?

Here’s to a purposeful, effective 2014, full of great ideas popping up into quiet, prepared minds!

If you’d like to talk about facilitation services, or any other project ideas, please get in touch. (Particularly if your next board retreat is scheduled for Thailand…)

Image by Mohammed Alnaser via flickr via Creative Commons.