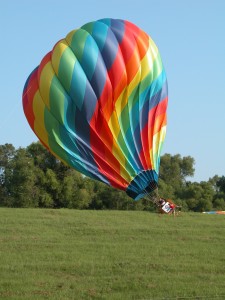 You’ve just had a great conference. You’ve got some interesting ideas resonating in your head, you’ve had some great conversations, there’s a sense of possibility or even euphoria.

One of the questions often asked at the end of conferences is how the ideas discussed can be implemented. What will it take for real change to happen? For the learning to stick? For the event to have had a real effect?

(The recent Engaging Associations event had an interesting session on this topic, at the end of the event).

Start from the beginning

Of course, how the event is designed and delivered is where we can start in terms of even creating opportunities for learning – both during the formal sessions and the informal discussions among participants.

And are you enabling discussions on the really difficult topics? Do you have a conference theme like “start a fire” but then the sessions and the tone set are really “let’s put all the fires out”? Or a theme of “revolution” and all the discussions are about the most incremental of changes?

It’s not very realistic to expect much change to emerge from a conference if you haven’t taken concrete steps to enable it. But even then, there’s often that sense that something momentous happened at an event, and a bit of a fizzle afterwards.

I’d argue that’s not such a bad thing.

If your life changed every time you went to a conference, that’s potentially quite a lot of change. How many conferences have you ever attended? Do you really need that much transformational change in your life?

Persistence of ideas is what allows us to enact real organizational change. Persistence at a personal level is associated with success. The notion that defensiveness is something to be avoided is strong in writing about organizational culture, but maybe some things are worth defending. (Up to a point!)

In praise of stubbornness

Eons ago, I got my hopes dashed, but in a way that’s resonated with me for decades. I was working in the field of intercultural communication – supporting people and organizations in acquiring the skills to serve a rapidly diversifying society.

There was a fair bit of enthusiasm in the field at the time for its potential to change things for the better, but we were mostly delivering half-day workshops that, in retrospect, weren’t all that sophisticated.

Then I had the chance to meet with an eminent education researcher who’d looked at the kind of work we were doing and found that, at the level of values, and even behaviour, it wasn’t effective. These workshops certainly weren’t going to engineer the kinds of changes my colleagues and I were hoping for. Other forms of change were needed.

Of course, in my youthful zeal, I was crestfallen to see this result, but he pointed out that, if someone’s belief and value system could be transformed in a three-hour workshop, people who have the opposite agenda of our diversity work could also create true believers in their harmful causes in an afternoon.

Do the good ideas survive anyhow?

Maybe the fact that the ideas from conferences aren’t all implemented is part of the open forum of ideas. We hear ideas, and, even if we are initially enthusiastic about them, we test them. We try them out. We think about other things.

If an idea can really take root, maybe it will flourish despite these other influences. It may emerge anyhow.

There are ways to nurture the sense of community that can come from an event, or to follow up on certain ideas. Something as simple as a LinkedIn group can create another kind of forum.

We aren’t so easily persuadable

But that’s got huge benefits.

Instead of being frustrated with the lack of immediate results from some education session, let’s be a little bit patient, and not expect an overnight result. It’s not that easy, and that can be seen as a good thing.

If you’d like to discuss any of these ideas, please get in touch.