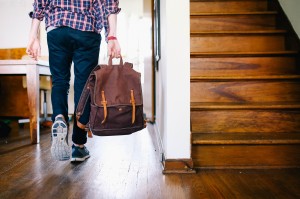 I’m starting to think a succession plan has a lot in common with having 3-6 months’ worth of living expenses tucked into a bank account. The experts tell us we’re supposed to have it. We nod solemnly and agree that, oh yes, it would be good to have that. But then when we talk about it, a lot of us look around guiltily, unwilling to admit that we just don’t (maybe we whistle?).

Succession plans do come up often, and can create a lot of pressure, especially in smaller organizations. A succession plan is one thing to do in a large company or a massive organization where there are dedicated resources to set up and maintain such a plan (i.e. an actual HR department), documentation is often formalized, and there may be multiple candidates for a given leadership position.

But in a smaller, leaner organization, it’s a very different proposition. It’s simply not realistic to expect to fill all your significant roles by growing from within – it may be a great thing to aim for, but it’s not always going to happen, even with the best planning.

That said, maybe it’s worth taking a step back to think about what a succession plan really is. Above all, it’s a way of managing and mitigating the risk that someone important to the organization won’t be there any more (whether that’s for happy or not-so-happy reasons).

And that’s worth thinking about more holistically. It makes no sense to focus on a detailed succession plan if some of the basics of risk management aren’t covered.

So, how to mitigate the issues that may arise if you have a change in personnel for whatever reason?

The strategic focus will be lost if someone senior or influential were to disappear.

Everyone knows the plan.

With strong, robust strategic and operational planning processes in place, this is less of a risk. This will systematize the whole question of what you do and why. This helps both in the event someone leaves (others know what’s going on and how the pieces fit together) – but also to keep people around (everyone wants to see how their work fits into a larger whole, and all the more so in a mission-driven organization).

On a more day-to-day basis, live in a glass house. Syndicate knowledge. Expose people to the workings of the organization. That can include external consultants or contractors, junior staff, key collaborators or partners, or senior volunteers where applicable.

Key staff will leave of their own accord.

This doesn’t have to mean a lot of overhead and cumbersome HR processes. It can be as simple as making sure there is some kind of expectation-setting and assessment on a regular basis. Support and appreciate employees. Everyone wants to be recognized when they do a good job.

Let them stretch, help them extend. Train them. Send them on conferences, fund them to take a course, help them meet others in the field. Sure, you take a risk that they’ll get trained on your dime and then leverage that to a better job elsewhere, but, as Richard Branson says, “train people well enough so they can leave, treat them well enough so they don’t want to.”

Knowledge is in employees’ heads.

Many organizations have parts of their operations that they might call “Sue’s stuff.” Sue just does her thing, and nobody knows exactly how, but it gets done. Maybe it’s seen as too complex for others to take on. Maybe it’s seen as drudgery that nobody else wants to do. Maybe it’s riddled with anachronisms and tradition and ancient green-screen computer systems and exception and nobody can penetrate it, except Sue who’s in the middle of it all. In any event, you might be grateful that Sue keeps it all going, even if it’s a bit of a black box to others.

When Sue leaves, though, a couple of things might happen. One is you might realize that Sue actually wasn’t very productive at all. Or maybe she was doing things incorrectly, or in a way that exposes the organization to other problems down the road.

Another possibility is that Sue walked out with a great deal of knowledge in her head that is costly and time-consuming to replicate, creating upheaval in the process.

Not everything requires a thick binder of documentation, but there should be understanding among more than one person of how something works.

A change in personnel will happen unexpectedly.

Prepare for an emergency.

Thinking in terms of disaster recovery can mitigate the risk of, say, a blizzard, as well as someone’s abrupt departure. (It can also be a lot more comfortable for people to think about.) If you have given thought to what might happen in a blizzard, you are in much better shape if someone is suddenly no longer there on a more permanent basis. Have some backups, make sure more than one person has the codes and the keys, and so on.

I’m certainly not advocating against doing a succession plan; if you’re in a situation where you have enough people in the organization that you can help them grow into different roles, that’s a great tool. What I’d suggest is that we guard against doing one as a bureaucratic or HR-driven exercise, and certainly don’t feel too paralyzed to do what you can in terms of risk management.

One of the benefits of managing your risks more effectively  is that you may find you have less of a need for a succession plan – you’re likely to have happier employees whose jobs are more sustainable. These are people who are much less likely to leave or, if they do, they are much less likely to leave precipitously. This would enable you to at least pull a plan together, whether they’re the head of the organization or a more junior staffperson.

Understanding and mitigating the strategic risk an organization faces by entrusting its work to capable and driven individuals is a key element of stewardship, and a succession plan doesn’t have to be the only way to do that.

If you’re ready to invest in a full succession plan, some resources:

How to do a succession plan

Succession planning in the context of shifting demographics

Or, if you’d like to discuss the strategic risks you face and discover ways to manage or mitigate them, please get in touch.