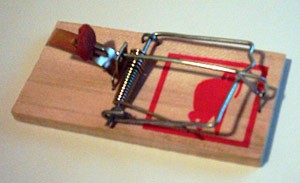 Recently I wrote about how to do tactical planning, the step in a strategy-setting process where the strategies get translated into something that can actually be implemented over several years, to make strategies a reality.

But, you may (wisely) say, easier said than done. This is a complicated process, involving nothing less than the future of my organization. What I want to know is, how do tactical plans get bogged down?

Here are some traps I’ve seen people fall into (and fallen into, myself, often enough) – and how to get out.

Not involving the right people.

This is about translating ideas into execution, so you want the people around the table to be collectively knowledgeable about both elements – sometimes that means both junior staff and decision-makers like board members. It’s a great opportunity to orient everyone in the organization about the strategic directions – so let’s use it.

Your existing operations should be reflected in your tactical plan. If there’s something you do that’s not there, let’s talk about why not. (Does it still fit into your strategy at all?) But the existing operations need to be integrated – otherwise you don’t know what resources you can allocate where, and you end up later implementing two plans (the strategic plan and the “everything else” plan).

Just saying, OK, we need to retain members isn’t enough. What do you want it to achieve? You don’t have to plan every last detail, but you do have to articulate what’s important and what’s not.

On the other hand, another issue can be…

Trying to get every last detail down, even if the information isn’t available, or the extra precision won’t change what decision you make right now. You don’t have to plan the whole project. You just have to know the project exists, and roughly what size and shape it is. Estimates and guesstimates are a necessary part of the process.

Forgetting to lead the tactical planning process itself.

It’s easy for this to feel like everyone’s job – and nobody’s job. The process of taking the strategies and translating them to projects that can in fact be executed and measured is something that the senior leadership should own. The individual projects and initiatives may have various owners throughout the organization, but someone should be making sure it’s clear how the tactical is going to get finished.

Because the plan should stretch out a few years, there’s no way you can know exactly how things will pan out. Maybe there’s a fork in the road up ahead, but until you get there, you don’t know which one will be the best for you to take. You might need information that doesn’t yet exist, or you might need to wait on someone else’s decision. It’s perfectly OK to have some placeholders in further years for things you haven’t figured out entirely yet, or which depend on someone or something else entirely.

You have to leave some slack in your system for things that come up. These may be disasters, opportunities, or windfalls – but over the course of a few years, you’re guaranteed to have at least one of these, and maybe a bit of everything. Your organization and the people in it will learn things. Leave a bit of room to accommodate this.

A tactical plan should lead directly to change – in your priorities, your performance measures, your schedule for the next day. If the plan has been developed and approved, the next step is to actually move on it.

This is the kind of list that could be lengthened every time I work with a client on a tactical plan. It’s a very people-driven process, and every organization ends up doing it differently. Which is exactly as it should be.

The tactical planning phase is when the plan becomes truly owned across the organization. It’s not a fragile work of art, to be kept behind glass. It’s more like a collaborative Lego project, where everyone puts pieces into place.

If you’d like to talk about tactical planning pitfalls or ways to improve the process, please get in touch.