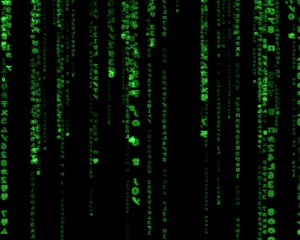 Turns out that Hollywood might know something about successful change implementation. All those summer blockbusters about how a ragtag band of misfits ultimately prevails against an integrated machine? Turns out that’s how disruptive change tends to succeed.

Recently I heard the authors of this article deliver a lively lecture-slash-workshop on how the shape of your network matters if you’re trying to make change happen.

Let’s assume you’re trying to make a change that’s a big deal – if that’s the case, being in the middle of a cohesive tight network is a problem.

Back to movies: imagine trying to get the characters in an Agatha Christie English village type of film to do something radically different. They’re cohesive and connected enough to each other to turn against the idea before you’ve gotten to the end of the lane. They might offer you tea and scones, but they’re not doing anything radically different, and their uniformity is their greatest defence.

But being in the middle of a diverse, bridging network – back to the ragtag band of misfits – is an advantage if you’re trying to change something significant. You can bring together people who have diverse interests, diverse reasons to support the change, and diverse resources to bring to the change effort.

The spy, the hacker, the muscle, the brainiac, the diplomat… the fact that the team doesn’t coalesce instantly means there’s the opportunity to appeal to their different interests and take advantage of their wide-ranging talents.

From an association perspective, there are two sets of implications: internal and external.

If you are trying to bring about a disruptive, divergent change in the association itself, you may need to expand from the core base of committed individuals. Broaden your idea of what the change is and who can be involved, to give yourself the chance to recruit more people to your team of oddballs and true believers.

If you’re thinking externally, about the association as a potential catalyst for change in the industry or profession as a whole, then you want to think about the relationships the association has, and who with.

If your association is insular it’s not going to bring about change in the sector – at least not alone. Is there another organization you could partner with to bring others on board? You have to expend your universe out to involve more people. It’s coalition building – find the people with something in common, but who are diverse otherwise.

But if your association itself bridges a number of different, disparate groups (multiple segments, multiple professions, etc.) it’s an opportunity to bring about change – because you’re central, and because your network is diverse.

We could argue that associations need to make a habit of being more diverse, of seeking alternative viewpoints, of forming coalitions and collaborative networks.

To get this done, what you have to let go of?

Let go of control. Managing the process isn’t the same as controlling every part of it. Listen, be patient, with yourself and others.

Let go of old ways. New people in new relationships means you’re essentially creating a new culture. And this means you’ll have to stop doing some things that were comfortable.

Let go of some people. Not everyone will be on side with the change. The article also talks about where to spend your energy in terms of convincing people. And the short answer for a big change is: if someone is dug into resisting, don’t waste your time. Focus on the swing voters, the fence-sitters. But this of course means that some people will never be convinced. You’ll have to make your peace with that, and get on with the work at hand.

So, take notes during the summer movie season. Find your allies. Gather your team. Go save the galaxy. Or at least your little corner of it.

If you’d like to discuss how we can help with your own disruptive change, please get in touch.

Image by Jamie Zawinski, used under a Creative Commons license.