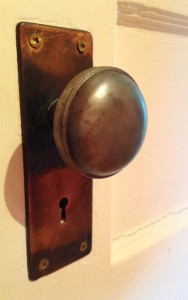 During a casual chat at the end of an arduous but ultimately very successful strategy-setting session, a board member turned to me and commented, “Wow, it was a bit alarming when So-and-So opened up that question again at the very end. I thought we were out of the woods, but then, wham!”

I knew exactly what he meant. At the end of the session, when we were already starting to talk about outputs and next steps, one of his colleagues then raised a question about a point that had been discussed earlier, unsure if we’d landed in the right place.

This was indeed a controversial issue, and absolutely key to the new direction the group was setting. We took a few moments to reconfirm where exactly the group had landed. Some new misgivings were raised and discussed, some old ones were rehashed, but, with little concern, the decision stood.

And then everyone took a breath of relief.

It’s tempting to think of those last-minute “But wait, are we really sure…?” questions as nothing but an annoyance. People are tired, some of them may know that there’s a bottle of wine somewhere in the office they can uncork to celebrate… They just want to be done.

But I actually find that the questions raised at the end of a session can be incredibly valuable, and the people who raise them are often performing a real service. These questions feel very much related to something physicians call “doorknob syndrome,” – the questions patients ask at the end of an appointment, which often reveal their most important and nerve-wracking concerns.

Around a board table, here are a few benefits the last-minute questions can provide:

It’s not always possible to deal fully with a question raised in the dying moments of a group session such as a board or management team meeting. They do sometimes need to be taken offline. And sometimes, yes, someone is beating a dead horse, or the question can be reserved for later, say, over a glass of wine. Sometimes it’s more about someone looking for some recognition, or for their voice to be heard.

But, handled well, they can actually improve the group’s cohesion around a decision, and increase the chances of success of the endeavour overall.

If you’d like to discuss how we can help you with strategy-setting or decision-making, please get in touch.