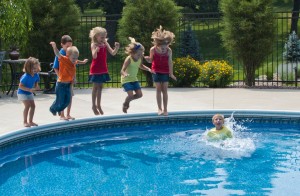 One of my clients, an organization in the middle of a fairly major transformation, has recently set courage as a value, and it made me realize how very unusual that is. It’s rare in part, I think, because organizations don’t often realize – or acknowledge – that they are in a situation which requires courage. And perhaps it should become more common.

An organization’s values represent the core ideals that you will not let go of to achieve your goals. They should guide decision-making, behavior, and communication (where, to whom, how often, saying what…) throughout the organization. Most organizations have a set of values – admittedly, not all actually do anything meaningful with them. But we should all aspire to make them a reality, part of the lived experience of the organization.

Because when values are taken seriously and embedded in the organization, they can support people in doing the right thing.

I’ve seen people in meetings stand up and point at a value listed on a poster on the wall when they are raising an issue. “We’ve said we stand for XYZ, so doesn’t that mean that we have to do ABC?” These moments can be ignored. They can open up a discussion that ultimately arrives at different conclusions. Or they can be very potent catalysts for change. But it does take courage for the issue to be raised in the first place, and perhaps more organizations should acknowledge this explicitly.

So, what would it mean to name courage as one of your values?

There are risks, to be sure. You might have a few lone wolves doing things you don’t expect. You will need to be systematically and consistently open to critiques and new ideas. You will have to get more comfortable with risk.

As that great sage of business strategy, Amy Poehler, once said:

“When you feel scared, hold someone’s hand and look into their eyes. And when you feel brave, do the same thing.”

How’s the fit between your organizational values and your actions? Are you being brave enough?

If we can help you with your acts of courage, please get in touch.

Photo by AnneCN via flickr, used under Creative Commons license.