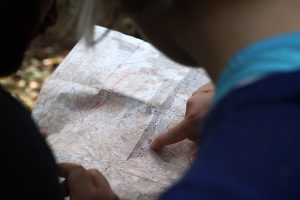 Here’s the thing about decision-making. It’s not always about making a decision. Except when it is.

Knowing when not to make a particular decision is not about doing nothing. Sometimes it’s saying, you know what, we’ll plant a few seeds and see what happens. Or experiment a bit. Or set a time to make the decision later.

But sometimes that’s just driven by fear, or inertia, or a desire to avoid conflict.

So, how do we know the difference?

Associations make decisions all the time, but we have all had experiences where decisions are not made. This might be a source of frustration, but it can also be very smart.

Deferring decisions is often about setting the stage, laying the foundation, making a small investment now so you have the option to make a bigger investment later. The option to do something later has real value.

In a good process, it’s a lot more sophisticated than just kicking the can down the road.

There are a lot of ways not to make a decision, and reasons to pick each:

What you don’t want to do with not making a decision is to turn it into something undiscussable or even toxic, so that nobody wants to even talk about it, let alone make the decision. And you certainly don’t want it to just drift on indefinitely.

You don’t always need to pull a big trigger, sure.

But sometimes you do. You need to set a course and head in a direction. When is a strategic decision really required?

One thing that has to be both challenged and embraced in decision-making is the lack of hard data on which to base decisions. It’s critical to ask what information is required to make a particular decision; and to recognize that perfect data is never going to be available.

The point of these distinctions is not to reward the kind of pointless waffling that eats up so much energy, goodwill, and meeting time.

If you’d like to use our tactical planning approach to help you make decisions, you can download our latest white paper, Turning Strategy Into Action: Tactical Planning for Associations, here. If you’d like to talk about how we can help you with decision-making, please get in touch.

Photo by Jean-Frederic Fortier, via Unsplash. Used with permission.